Elaine C Smith on the Referendum. 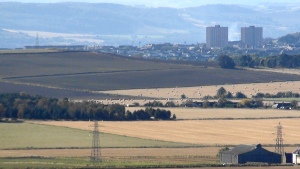 First o’ a’ let’s agree that it is a work o fiction, with some historical facts ti gie it credence…a bit like the bible really, but that’s fur anither day.

Yi canna fail ti be moved beh the struggle o Wallace, who despite all that he endured, the killing o his father an his wife, the back stabbing treachery o his fellow countrymen, still nivver bowed ti the power o Longshanks.

This filum is often kept at an airums length beh Nationalists for fear that it stirs up some anti-English sentiments. It is no an anti-English filum. It is a story o triumph over adversity. Fair enough if yi are English it might mak yi squirum, the wy eh squirumed when watching Soldier Blue. Eh suppose it canna be easy fur the Germans wi the amount o war filums they hiv hud ti endure.

So meh conclusion is that the mair that George Osborne an Dave (Longshanks) Cameron turn the screw, the national zeitgheist o Scotland post-Braveheart will dig in an ultimately say YES to INDEPENDENCE on 18th o September.

Love and Garbage - some commonplace musings

Read Iain in The Herald and Sunday Herald, every Wednesday and Sunday.

A place for galumphing or standing awhile in thought.

For Autonomy and Equality

Dedicated to those who have let Scotland down

Bourgeois society stands at the crossroads, either transition to socialism or regression into barbarism

Anything that promotes Scottish independence

Biting the hand of Project Fear

From Ashy to Classy

A Normal Brother on the Road to Extraordinary Things